Opened in 2005, the Allianz Arena in Munich can host over 80.000 fans. Many of them take the subway from the city center, others use the direct highway access and the surrounding parkings lots. This vast areal needed a new orientation system, that supports a seamless journey to and from the stadium: starting at home, arriving at the seat and other target locations within the soccer stadium. Structuring the many different ways and targets in public and VIP areas, during and outside of game time, was a special challenge. 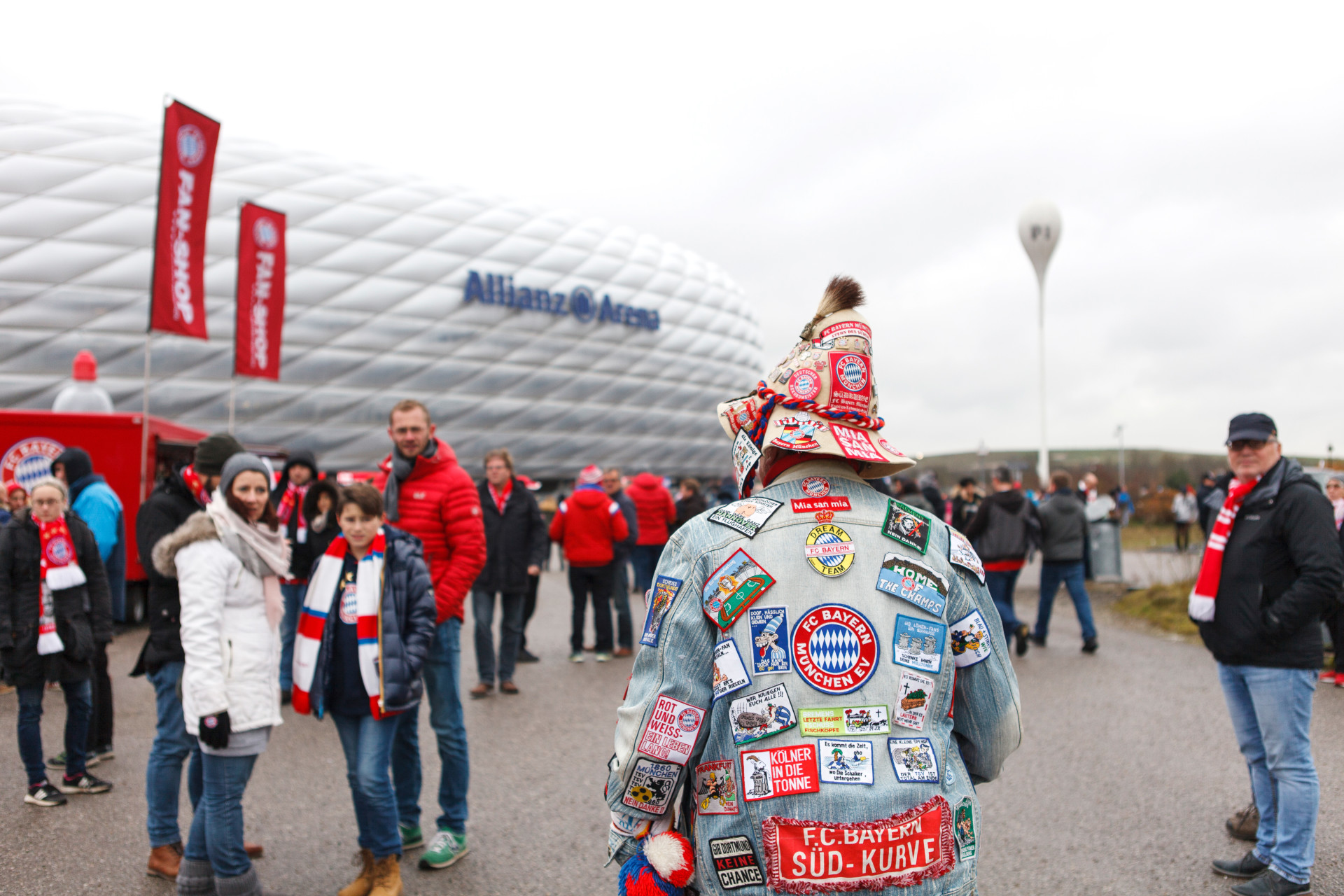 The information chain shows visitors their ways step by step, providing information already on the previously booked ticket and along their route. All media which support a preliminary information gathering are included. The most important orientation tools are overview maps, strong labelings at the entrances and exits to / from each core and markings for all special targets like lounges. 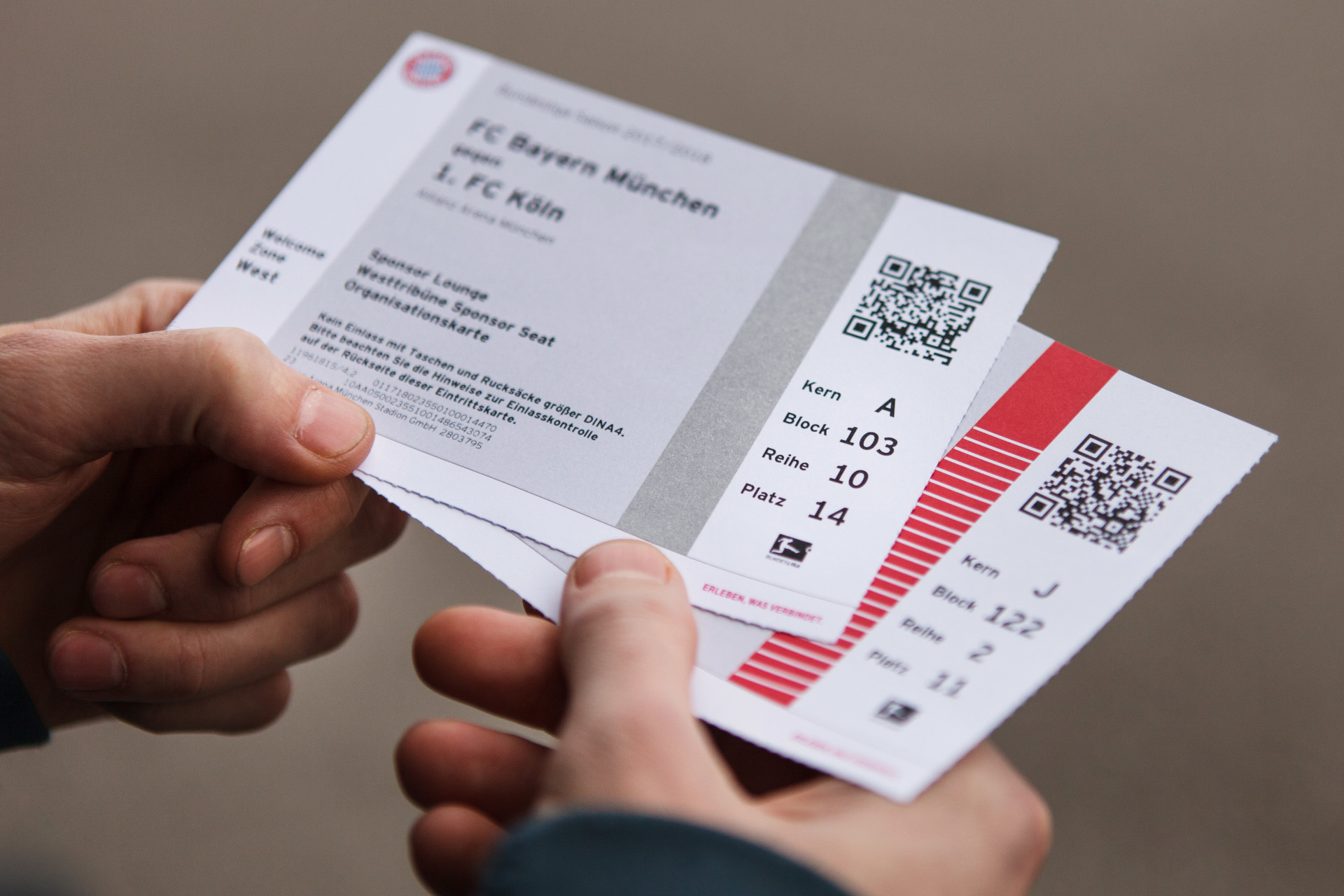 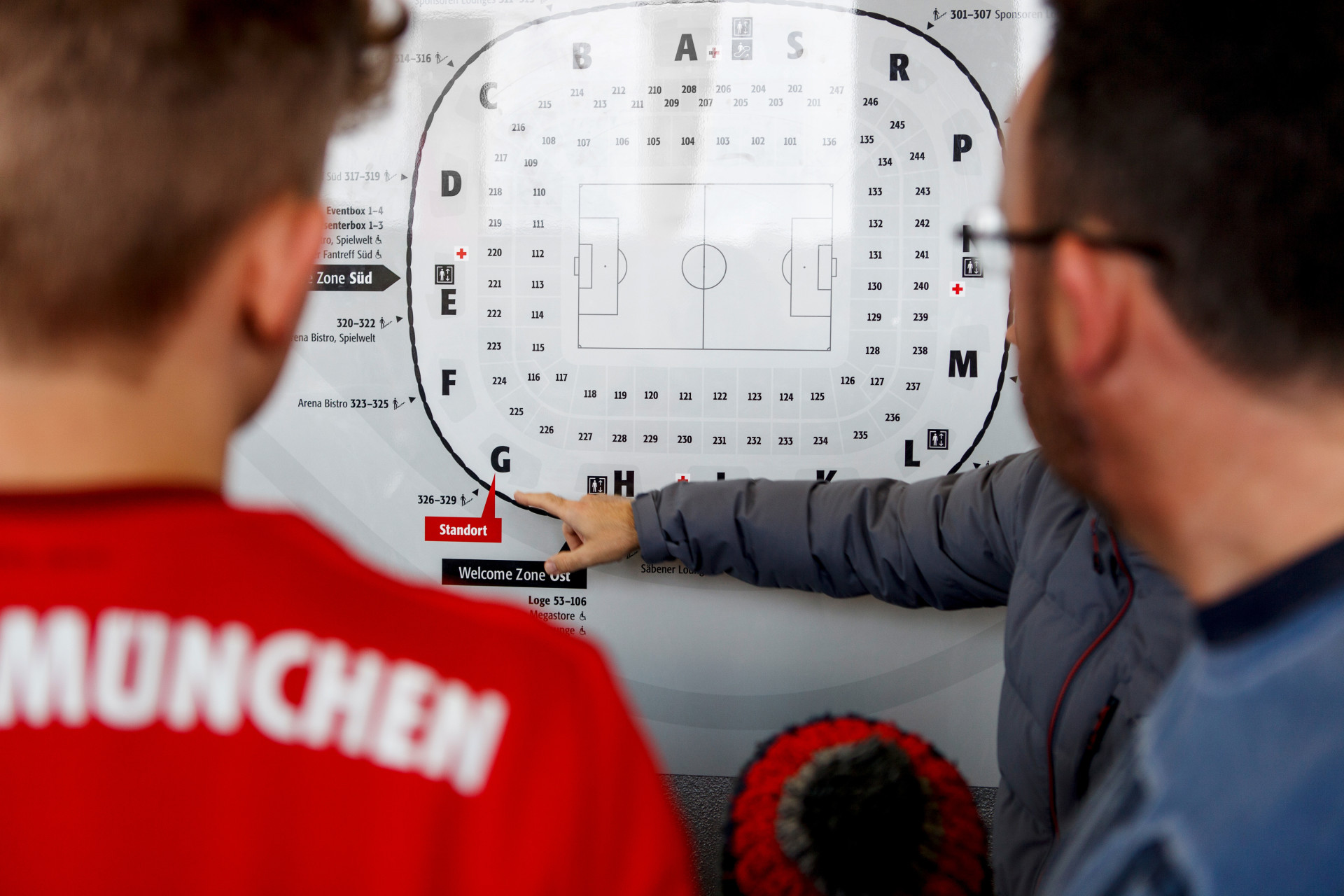 The different floor levels were a challenge for the orientation system: schematic way diagrams were used as a planing basis for the vertical and horizontal circulation. 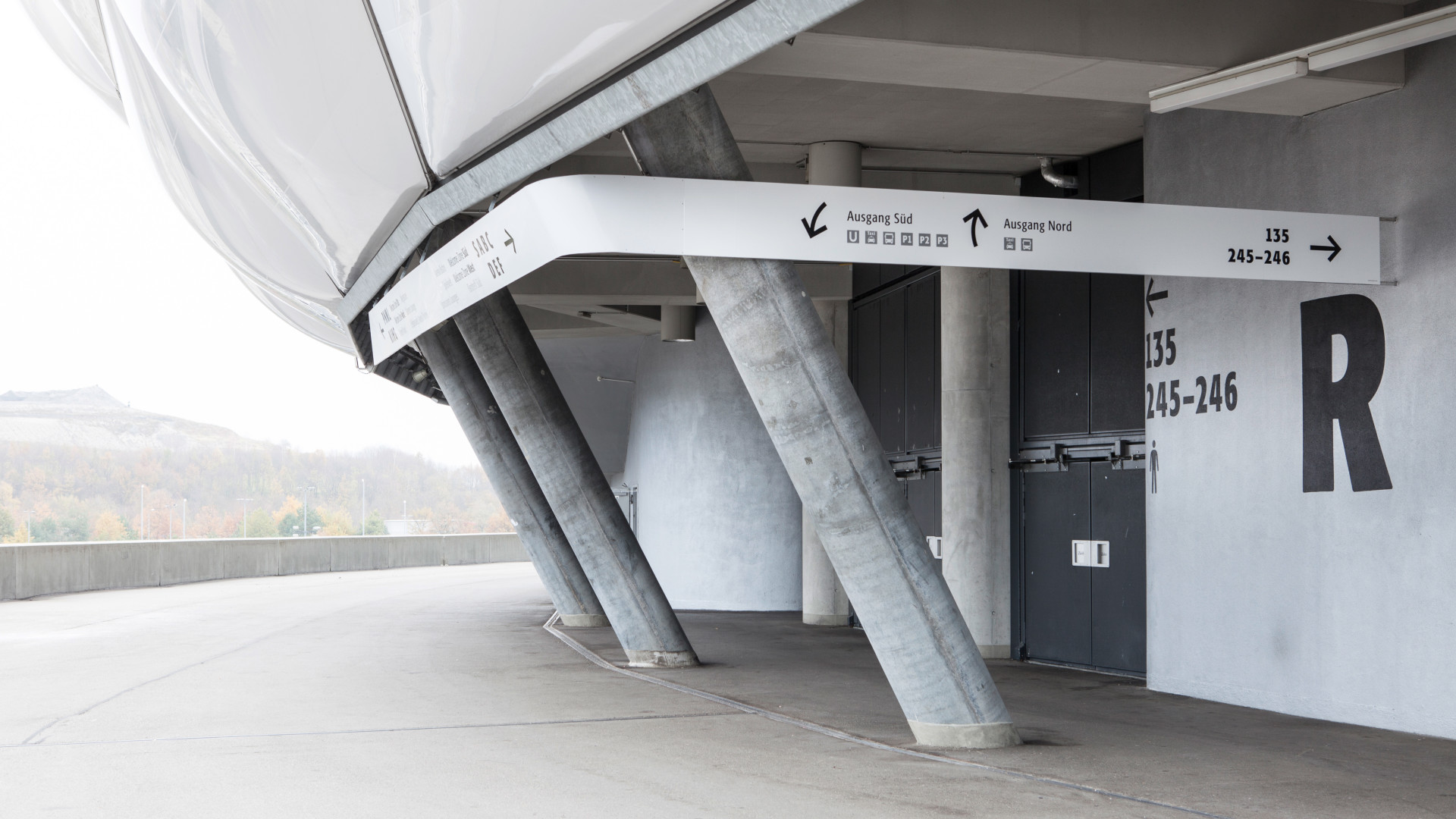 A strong labeling was applied onto the iconic architecture by Herzog & de Meuron: a surrounding information carrier refers to the architectural language of the facade’s rhomboid elements (entry R – level 2). 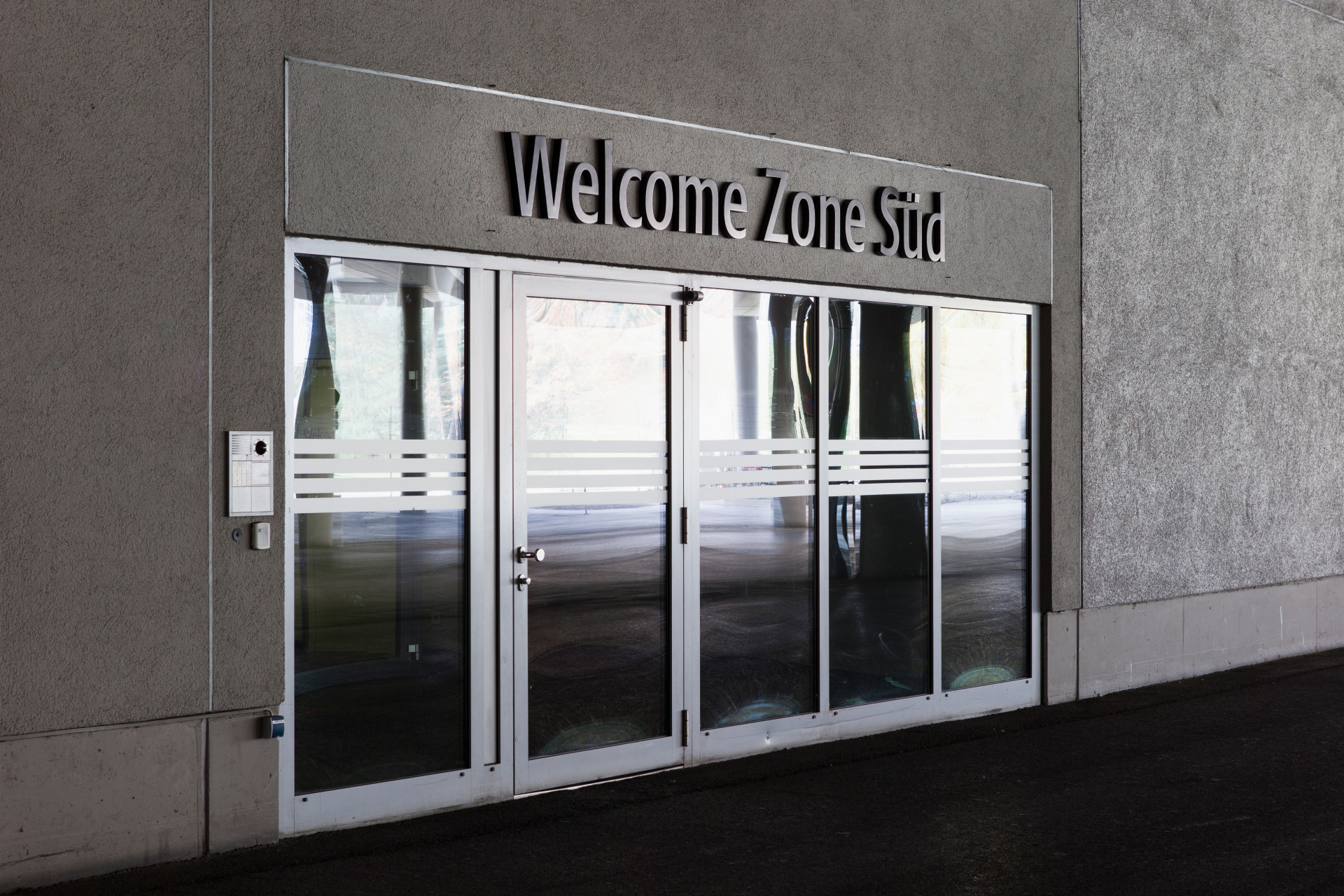 Designated welcome zone are targeting VIP guests only, for them to privately reach lounges, seats and boxes. 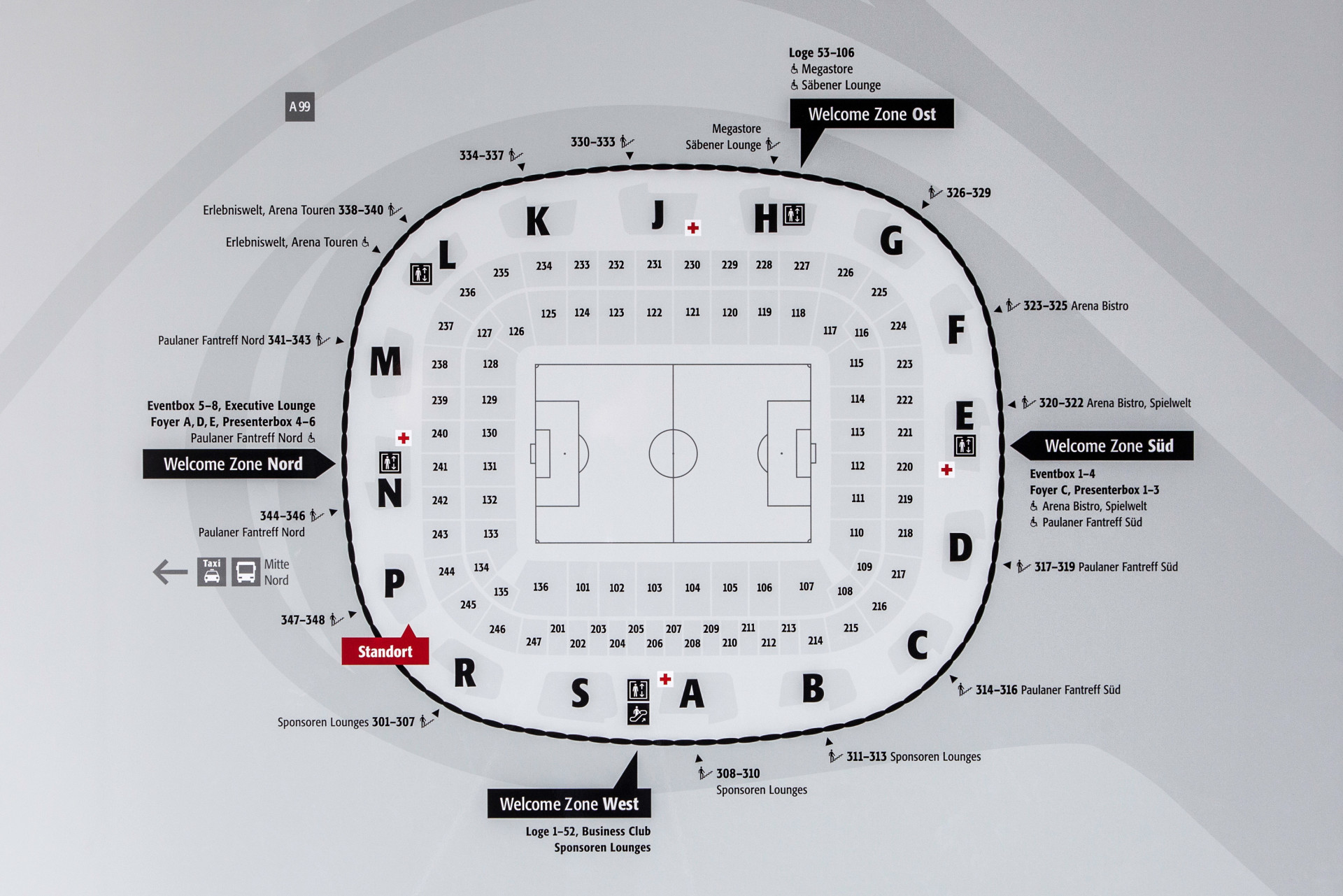 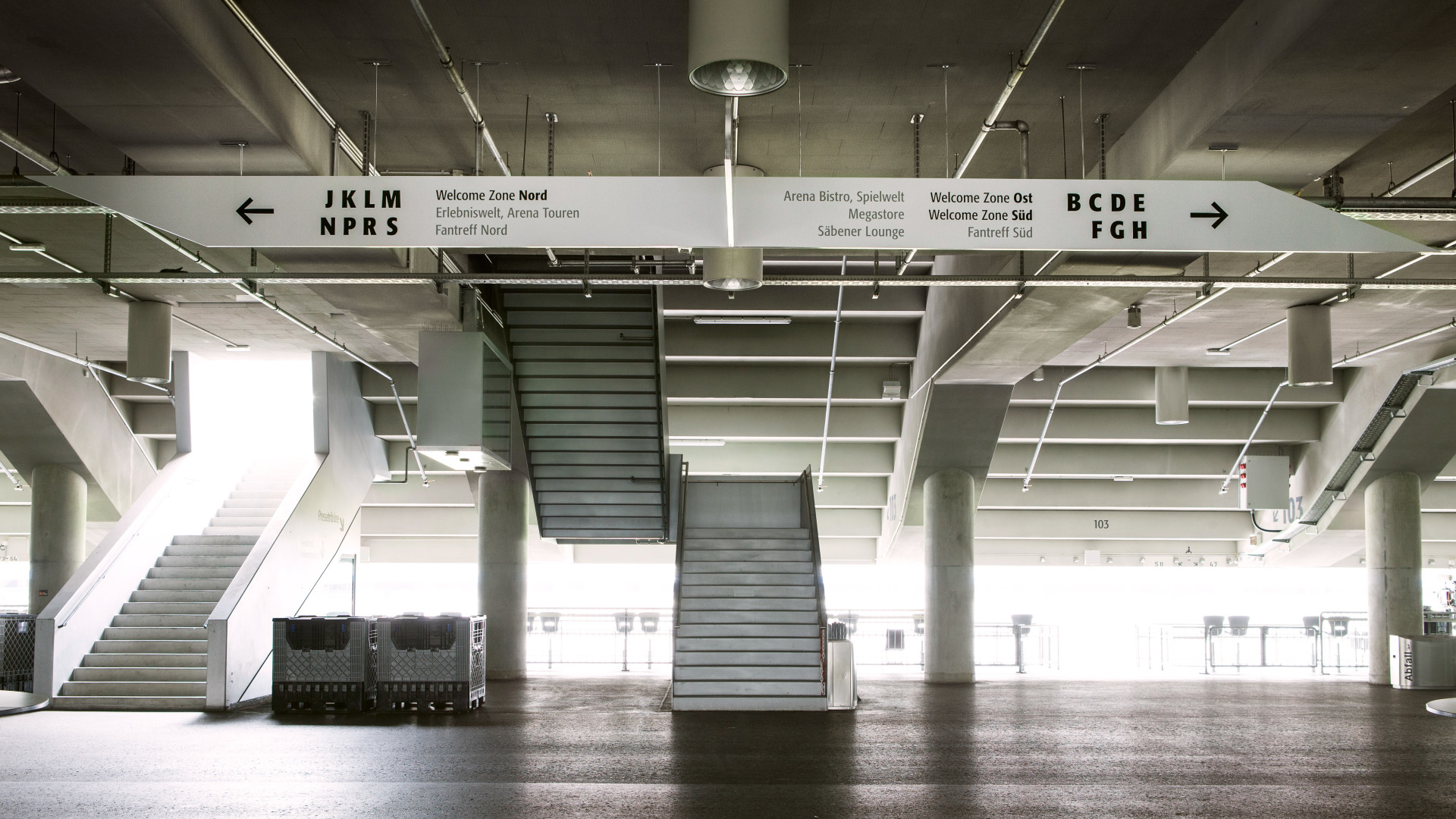 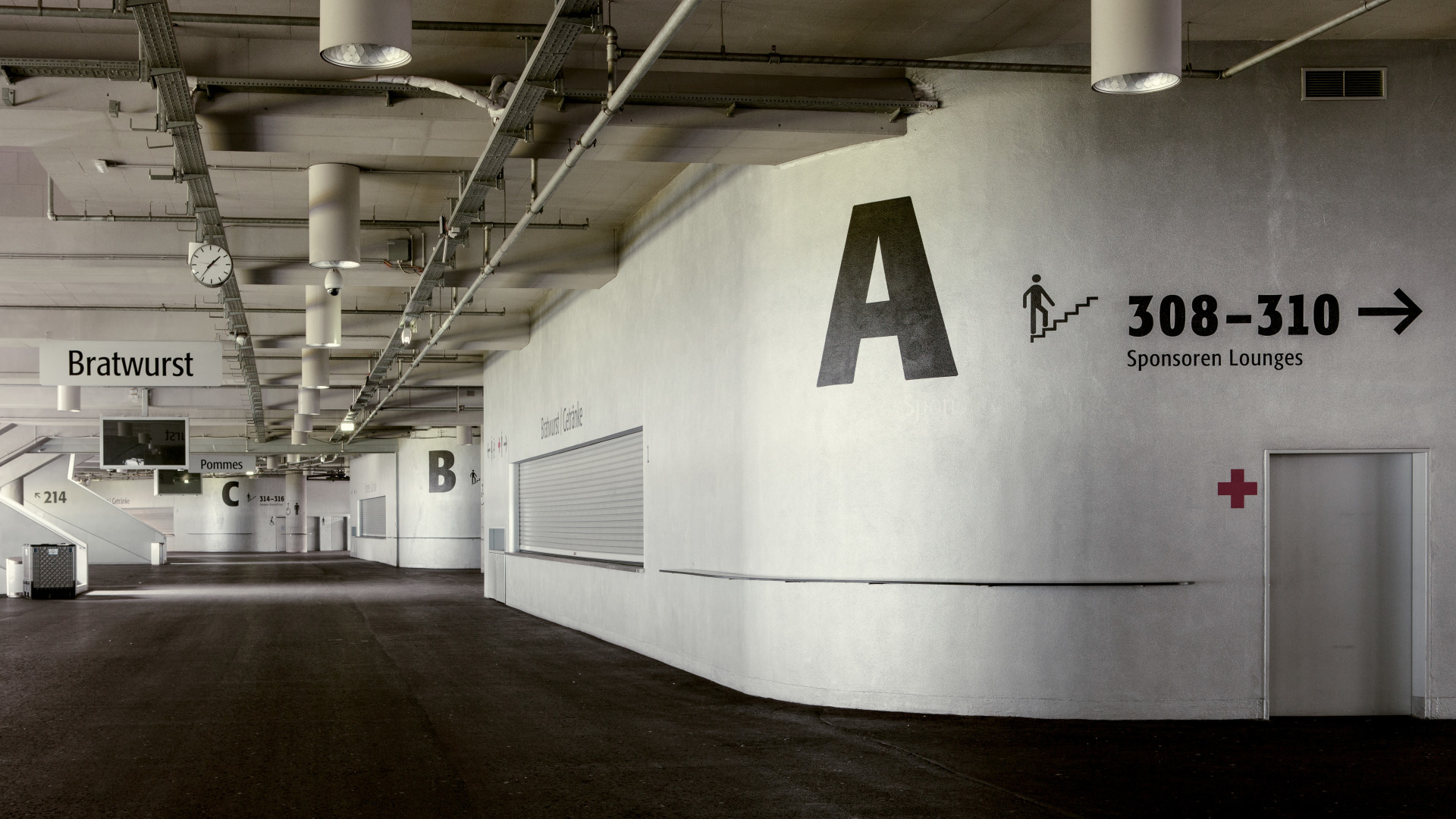 Way finding inside of the public area, based on the cores A-S. 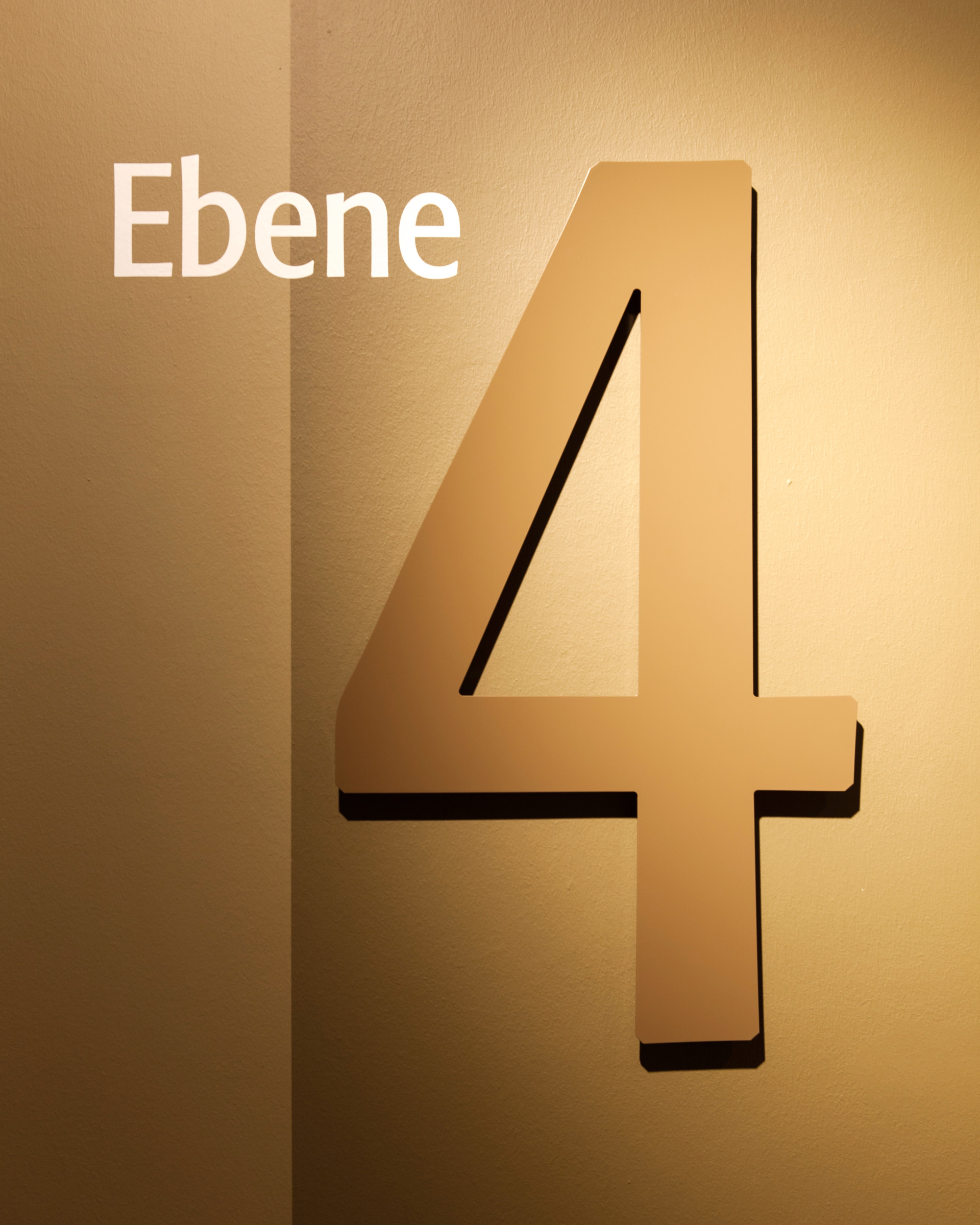 Colour differentiation of the orientation system for the VIP areas. 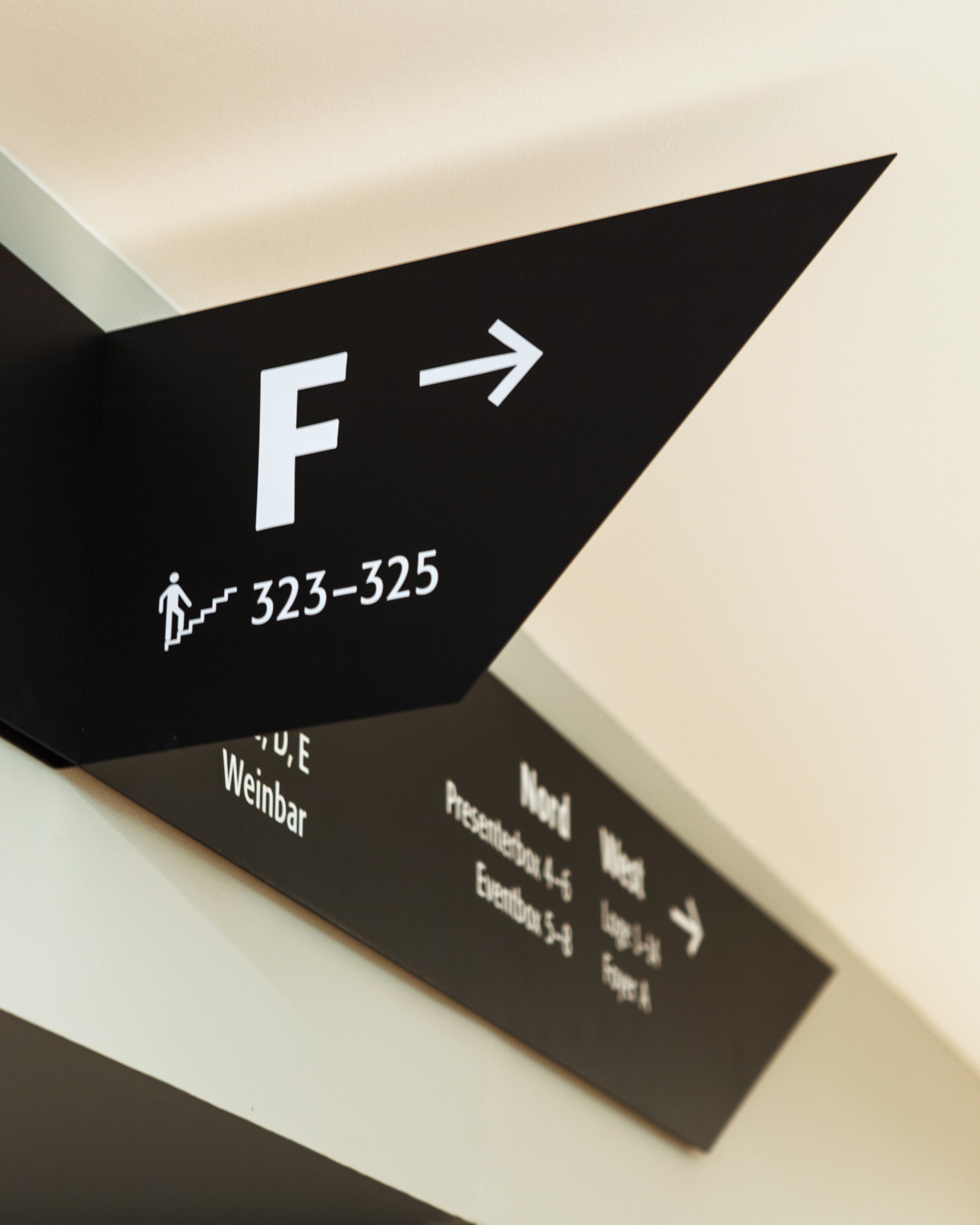 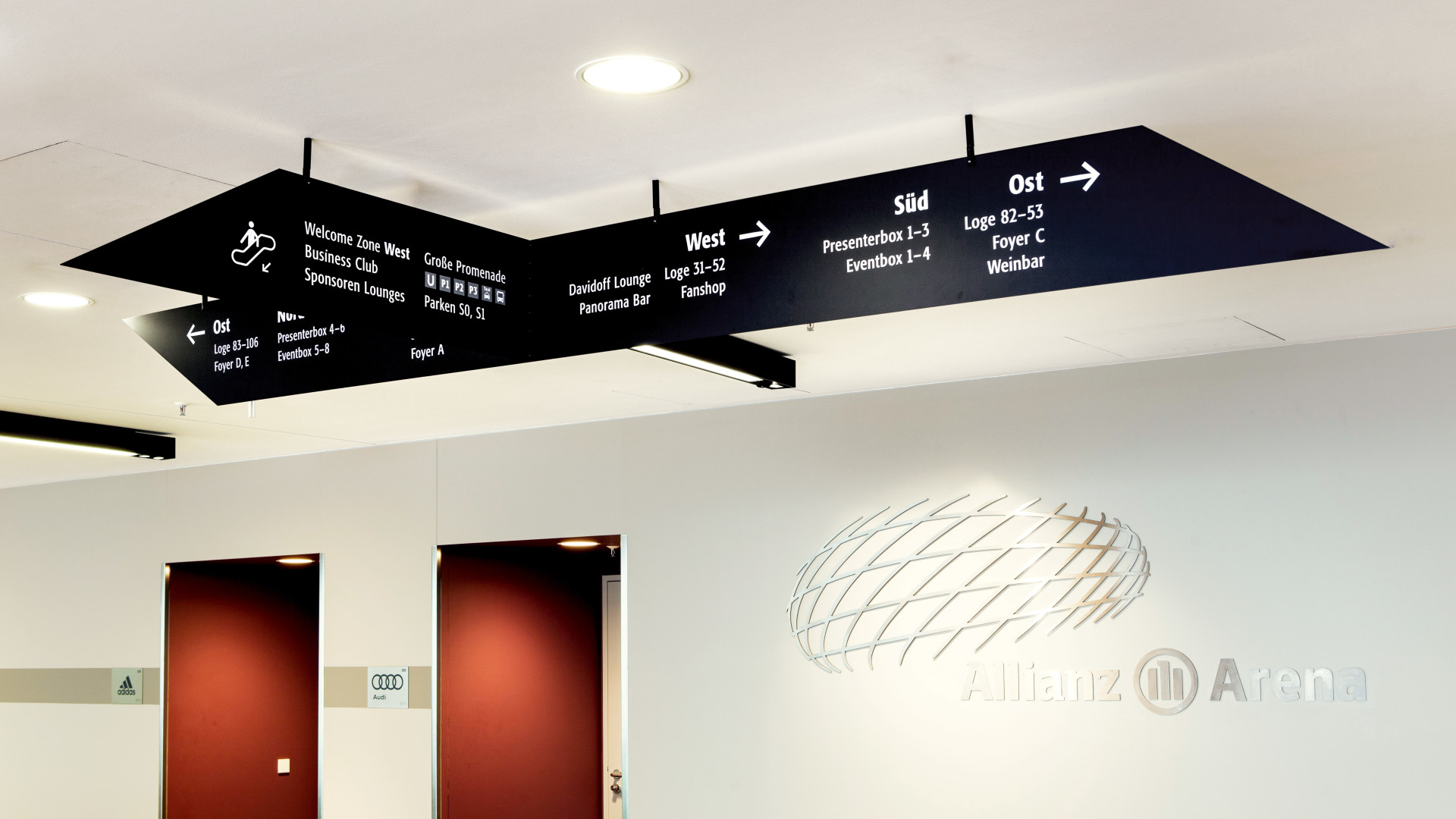 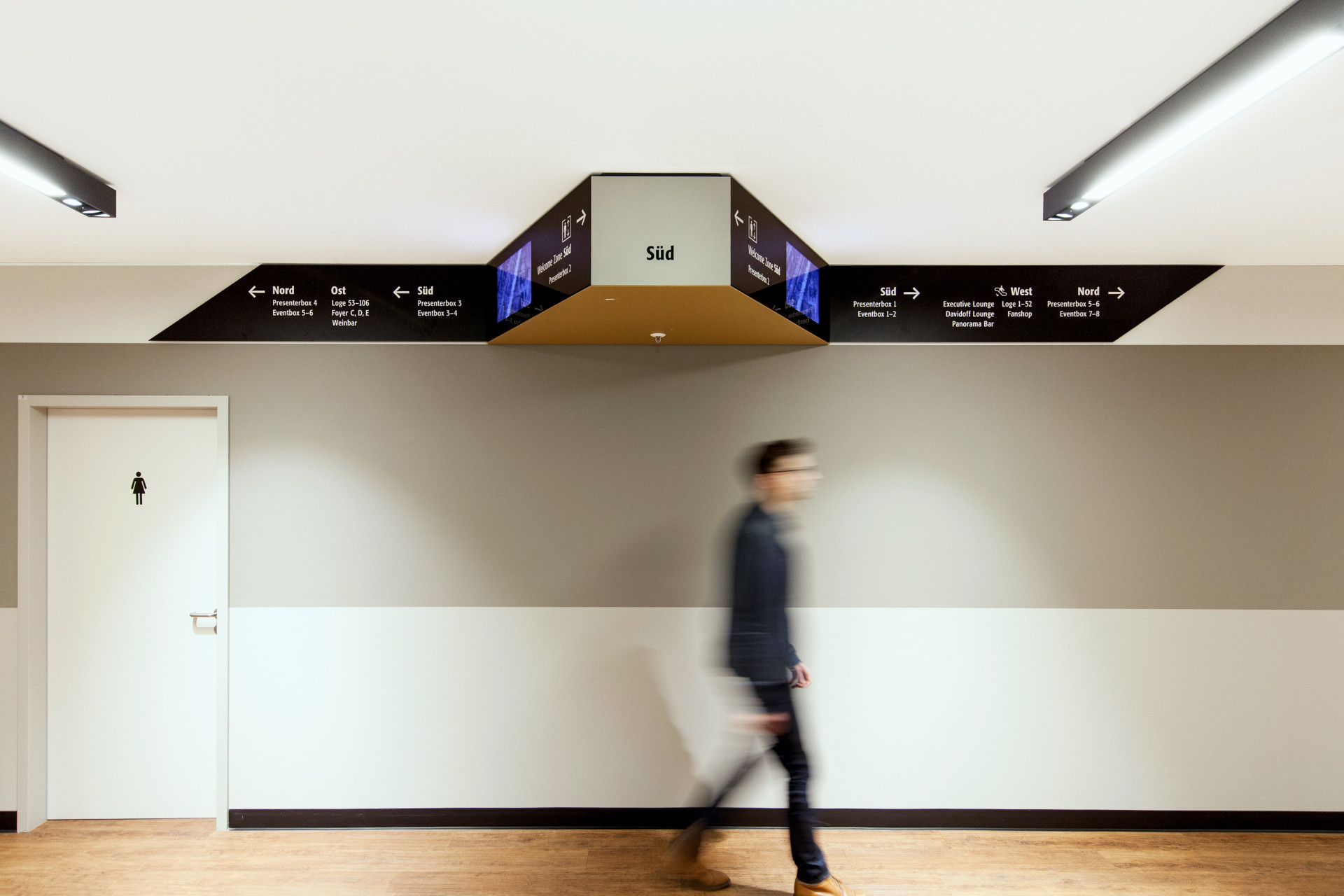